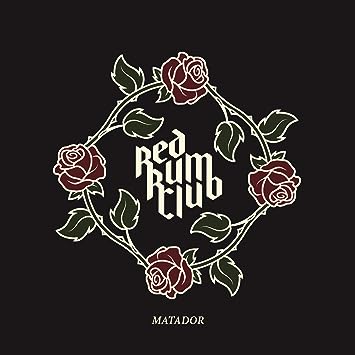 Have you ever wondered what it’d sound like if the Coral soundtracked a western? Well wonder no more, because Scouse sextet Red Rum Club  (I assumed they’re named after the Grand National winning horse of the 70s, either that or they’re guzzling some weird cocktails) have brought together a collection of indie pop songs that’ll satisfy your curiosity with their debut album.

Matador is a relentlessly fun album that – at a pithy 31 minutes – never outstays it’s welcome. Encompassing a Mariachi sound through its almost ever present trumpets, it’s full of fun and toe-tapping songs. The album comes galloping – quite literally – out of the gates with Angeline, an instantly catchy and fun track that instantly sets the tone for what is to come.

It’s almost impossible to write a review of a band from Liverpool without referencing the proud pop heritage of the city, and throughout Matador there are homages to their predecessors. You can certainly hear the Coral (Honey, but many others as well) and the La’s (TV Said So) and there’s hits on here – perhaps most notably Would You Rather Be Lonely?) that a certain Fab Four would be proud of. But the joy of Matador is that they’re taking the past – with all its familiarity – and giving it a new and playful twist.

The songs are catchy, the trumpet elevates everything and if this is as good live as it is on record then they’re a ‘must not miss’ for the summer festivals. My personal favourite is probably Nobody Gets Out Alive – which feels like a proper western showdown with its ominous bass and dramatic trumpeting – but there are few bad moments here.

Matador is not a lyrically or musically complex album. It probably won’t win any fans at Pitchfork. But sometimes you just need music to be fun, where you can sing and dance along. This is an album that has that in spades.