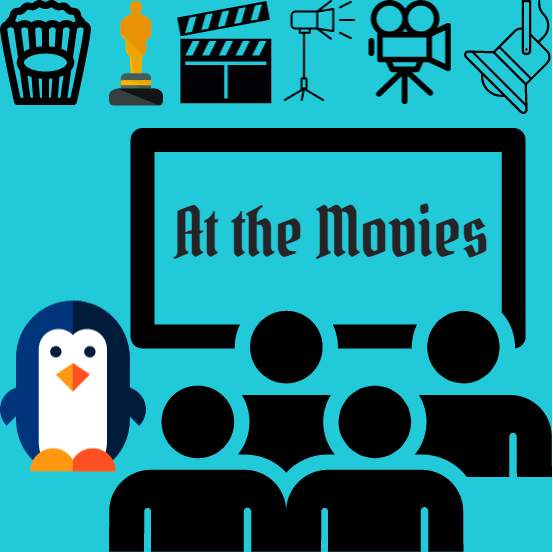 I appreciate that not everyone has to be be this obsessed with La La Land: 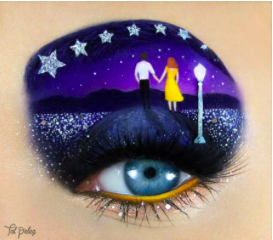 But I’ve been struggling with some of the accusations made against this masterpiece: ‘it lacks plot!’ ‘Ryan and Emma can’t even dance- or sing!’, ‘its totally overrated!” and, worst of all, ‘it was okay’….

Although I understand that these (first 3) do contain elements of truth, for me, they are irrelevant.

As is inevitably the case with films which receive masses of hype, La La Land has also been hit by a flurry of backlash from those whose high expectations cannot possibly be met. And so I think that one of the reasons I love this movie so much is because I went into my screening without any pre-conceptions.

I was lucky enough to attend a screening of La La Land a few months ago, back when there were no reviews, and only one rather short enigmatic teaser to go by…

So it was with a jolt that I was launched into this exuberant musical reverie. As you probably know by now, the film opens with queues of frustrated passengers caught up on the LA highway. Chattering LA-ers, the beeping of car horns and the cacophony of sounds coming from car radios give us the impression that this truly is a city bustling with music. Director Chazelle takes inspiration from his own favourites, “…like in Mean Streets or Taxi Driver or Rear Window you’re hearing Italian opera coming from one apartment window and Frankie Vali from another and jazz from another. But this is Los Angeles. The cacophony of sounds is coming out of cars. And I loved the idea of presenting the soundscape of the city that way”. Fed up of waiting in line, one by one the drivers exit their vehicles and in a spectacular explosion of colour and sound, jump on top of their cars, proving that a bit of madness is key. 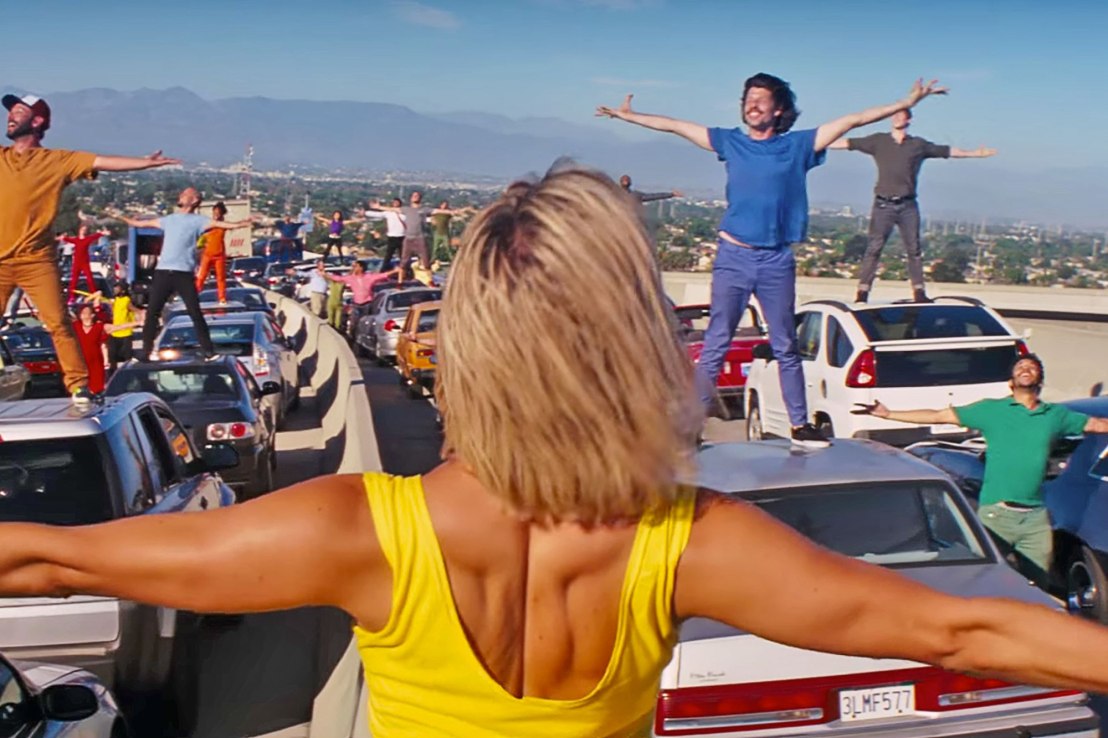 Interestingly, the very first edit of the film opened with an overture of credits before the camera swooped down to reveal Mia and Sebastian’s meet cute in their cars. But I think that by announcing the film by way of this spectacular 6 minute (made-to-look-like-a) vast singe shot, Chazelle assures us that this will be an explosive love letter to LA, on music and ambition.

I left the cinema feeling euphoric, unsure of whether to cry, run around, or just immediately book a flight to LA and try to live out the movie in real life!

So I think that to point to the ‘lack of plot’ would be to miss the crux of the film. As my friend (Mark) pointed out yesterday, there is no way that, after watching the opening car sequence, you would expect to find a thriller filled with twists and turns. Clearly, La La Land tells a pretty simple ‘boy meets girl’ story, but tells it with overwhelmingly breath-taking panache.

Ryan Gosling and Emma Stone do not dance to perfection, but the camera does; it swoops around them, capturing a sense of movement and excitement that may not have been possible had we been solely focused on the finesse of their movement. And where their dancing lacks, their performances more than make up for- Emma Stone is captivating throughout. Each minute facial expression reveals what she is thinking at every second. What more could the casting directors in her audition scene possibly have wanted from her?

Throughout the film, we can see clear parallels between La La Land’s Mia and Sebastian and Whiplash’s Andrew (Milles Teller). A clear theme is emerging in Chazelle’s work: clearly, he lauds tenacity and determination.

For me, the ending wasn’t unsatisfactory because the film wasn’t primarily about Mia and Sebastian’s relationship with each other; it was about the way it fostered their ambitions. So I don’t think it was necessary for them to stay together for their relationship to be perfect. It was perfect.