No sooner am I done getting excited about getting tickets to see Run The Jewels than Field Day release the awesome news that RTJ will be closing the main stage on the 3rd June.

Field Day is an interesting festival; every year the lineup feels a little obscure and unfamiliar but they have a tremendous habit of sensing where music is going, rather than celebrating where it is right now. Last year’s festival was unbelievably wet and muddy, but sets by the Black Madonna, Bicep, Yeasayer, Four Tet, John Grant and Jackmaster were too good for any weather problems to leave me feeling anything other than elated.

This year they’ve consolidated the festival into one day, and the line up largely has that familiar ‘music to be discovered’ feel. I’m a big fan of Haelos and Run The Jewels, and I’m looking forward to Clams Casino, Moderat and Algerian rockers Imarhan. But the great thing about Field Day is the trust you can have in the bookers; whatever stage you end up watching you’ll be seeing something interesting and fresh. 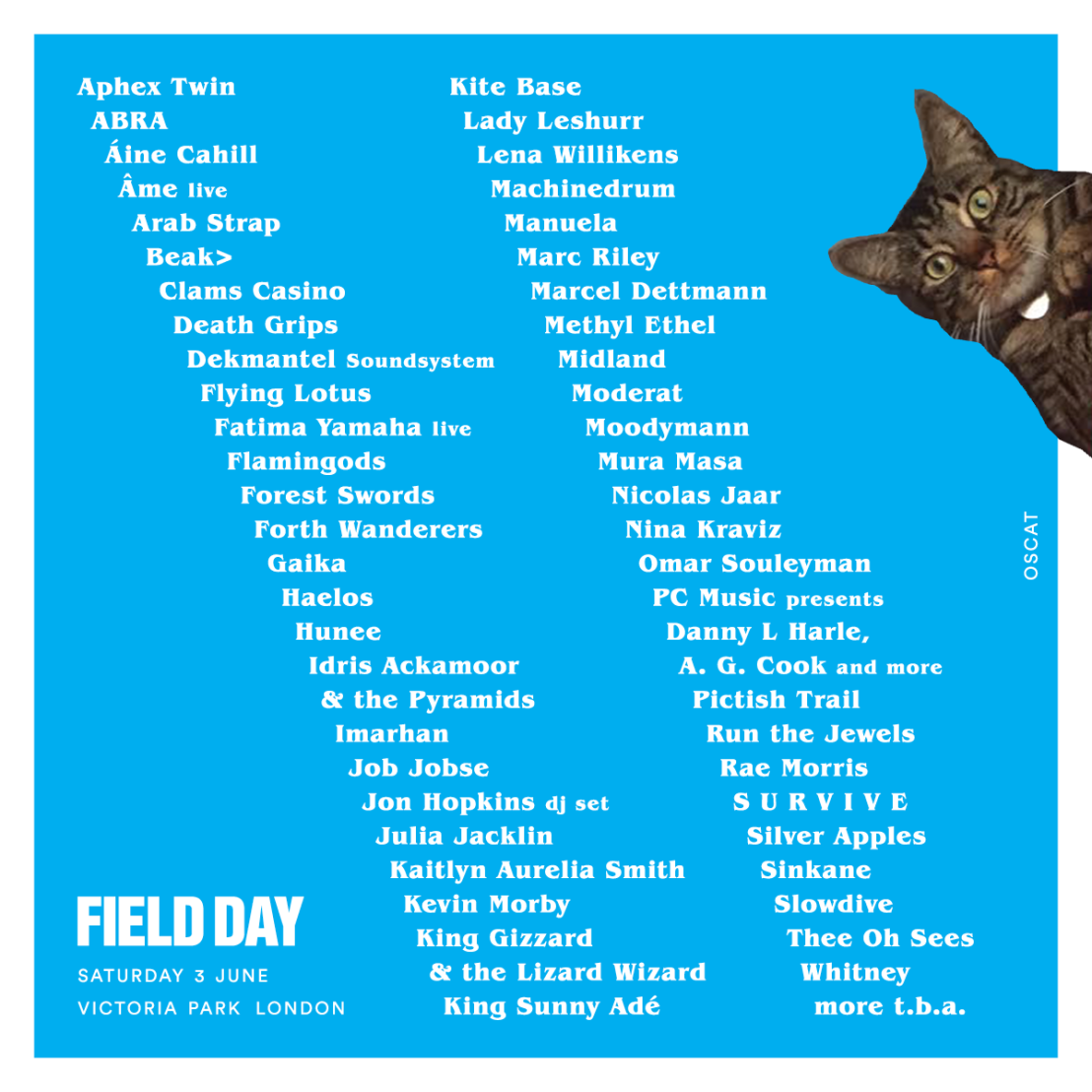 January seems to be the season for festival lineup announcements. I saw Leeds & Reading Festival(s) post on Twitter today that they’re due to announce some acts this week, SW4 have announced Deadmau5 – in addition to the recent revelation that Pendulum will be reforming – as headliners and Citadel today announced Foals in a UK festival exclusive. I’m not sure I’ll be able to avoid the lure of Foals…

Onto domestic matters and I’m delighted that Antonia and George have made their debuts on the site. Antonia’s excellent review of Manchester by the Sea can be found here and George has the world of LPs covered; It’s Album Time will be a regular feature and kicks off with Bonobo’s Migration here.

Astral Penguins will – initially – primarily be a music blog, but I’d love it to become a place where those who love culture and want to read thoughtful opinions and passion about different fields can visit. George and Antonia bring with them lifetimes of passion and knowledge and it is my pleasure to give them an outlet.

Finally I got a Songkick notification today telling me that Black Foxxes are supporting You Me At Six at their forthcoming Alexandra Palace gig. I’m a big fan of BF and had the pleasure of seeing them last year. Their debut album was one of the most assured and interesting first releases of 2016 and I’m delighted that they’re getting the opportunity to play to a wider audience. Good luck to them.

I’ll be back this evening with a Track of the Day and tomorrow we’re debuting a new feature on cover songs. Until later…

One thought on “Ramblings: On Field Day, Films, Foals and Black Foxxes”